Under President Trump we achieved record economic success and will do so again.

President Trump and the White House Coronavirus Task Force are leading an unprecedented, comprehensive, and aggressive whole of America approach to slow the spread of the virus.

President Trump is working to secure our border.

President Trump has restored our nation’s standing in the world and is standing up to bad actors.

President Trump is delivering on his promise to correct trade imbalances.

President Trump continues to reshape the Federal judiciary at a record pace and is following through on his promise to appoint judges who will uphold the Constitution and rule of law.

President Trump led a bold response to COVID-19, reduced the cost of health care, and has taken significant steps to fight the opioid epidemic.

President Trump is promoting a clean and healthy environment for all Americans.

President Trump and his Administration continue to help our farmers.

President Trump and his administration are putting students and families first.

President Trump is protecting America and our allies by rebuilding our military and ensuring our veterans receive the care they deserve.

Under President Trump’s administration, women have been empowered to reach their economic potential.

Black Americans have a true champion in President Trump.

Under President Trump’s leadership the Hispanic American community has thrived. 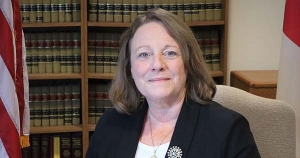 “It is an honor to be selected by my colleagues to serve on this important committee, and I look forward to advocating for legislation that will enhance the services that we provide to our citizens and taxpayers,” said Collier Clerk Crystal Kinzel. “There are several needs and budgetary challenges that are unique to Florida Clerks and I’m prepared to work together with committee members to champion priorities that will successfully address those needs and challenges.”

The Florida Constitution, which has been the supreme law of the land in Florida for more than 180 years, established the Clerk & Comptroller as an elected public trustee in 1838. Clerks in Florida perform over 1000 different constitutional and statutory functions including record keeping, information management and financial management in the judicial system and county government.

Kinzel joined the Collier County Clerk’s Office in 2005 as the Director of Finance and Internal Audit and was appointed by Dwight Brock as Chief Deputy in 2016. After Mr. Brock’s untimely death in 2018, Governor Rick Scott named Kinzel the Interim Clerk, and in August 2018, the citizens of Collier County elected her Clerk of the Circuit Court and Comptroller.

For more information, contact Mike Sheffield, Director of Community Relations and Outreach at Mike.Sheffield@CollierClerk.com or (239) 252-6879.

Enthusiasm for President Trump is Unmatched

Book Deal Bolton Is Trying To Salvage His Image

The Trump Victory SWFL team and Collier County REC are thrilled to host Mercedes and Matt Schlapp. We will be gathering safely, utilizing required social distancing guidelines at the local VFW. The VFW will be open for beverage purchases, which will be at the discretion of the attendees.

In the middle of my morning 5-mile walk, I met someone whom I have not seen since the start of the pandemic. He happens to be registered as an NPA (No PoliticalAffiliation).

He said to me ‘I have looked forward to seeing you and talking about the pandemic, all that is going on, the November election and President Trump.’

He respectfully placed the emphasis on the word President, then smiled, and said ‘See, I remembered what you told me!’

We both shared the moment of a positive lesson learned and then talked about the difficult job of leading the Country or a state through these unchartered waters. We also talked about living through the polio epidemic when we were in elementary school, our parents’ fears for us then, and the difficult time ahead for all our elected officials waiting for a vaccine and then the potential issues with a vaccine.

While this person is still undecided for whom he will vote in November, he recognizes the importance of respect for the office of the President, and for any office held by an elected official, based on a conversation he and I had 5 years ago during the Presidential Primary.

About 10 years ago, I had the privilege of meeting and having coffee with the former White House Pastry Chef who served under 5 Presidents. He grew up in France, moved here, and is extremely proud to have become a U.S. Citizen. It was from him that I fully internalized the concept of respect for the office that is due the officeholder . He had served under Presidents of both Parties. He was clear that he disapproved of anyone saying ‘Bush,’ ‘Clinton,’ or calling any President by his last name only. It is Mr. President, or President Bush or President Clinton.

We are all accustomed to campaign slogans of ‘Women for Trump’ or ‘Trump for President’. We hear supporters frequently saying ‘Trump this’ or ‘Trump that, ‘ but in a supportive and affirming manner. However, when I hear someone saying ‘Trump did such and such’ in a derogatory tone, I stop them and say politely ‘Excuse me, it’s President Trump.

I would appreciate your referring to him as President Trump.’ About 90% of the time, I have found the message works. When it doesn’t, I just reinforce the next time, politely.

I suggest that you try this with those who upset you with their anti-Trump talk. Bullying never works, it just creates a wider-divide. Be reasonable and respectful. The more people say “President Trump,’ the more they will internalize that he is the President and that he should continue to be the President!

A flood of Candidate Oaths came in during the final qualifying period.
Those in committeemen and committeewomen members on the ballot are in precincts 242, 257, 414, and 464.

See the ballot entries below:

Terry Capsay and Donna Wagner were able acquire 60 pages of notes to show Rush Limbaugh our appreciation of his work for conservatives. This effort represents over 150 individuals.

They have been bound in a red leather cover and have delivered it to Rush through his brother David.