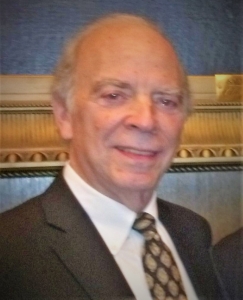 Prescription drug pricing continues to be a vexing problem for all players in the health care arena.

Public perception of the drug industry is generally negative, and excessive drug prices are seen as a major issue on both sides of the political spectrum.

Dr. Steinberg will discuss some of these issues as well as some proposed solutions to maintain a healthy balance between demands of the public and politicians and a robust research-based pharmaceutical industry.

Mitch is a 1966 graduate of the Philadelphia College of Pharmacy and Science holding a B.SC in Pharmacy. He obtained a Ph.D. in Pharmacology from the University of Michigan in 1970 and held a post-doctoral position at the University of Connecticut School of Medicine before being recruited in 1972 by Eli Lilly Reseaech in Indianapolis. He was eventually named Research Advisor and is the author of nearly 100 scientific publications and holds 25 US patents related to the discovery and development of many cardiovascular and CNS drugs.